Details of the Wright family in the Grewelthorpe area. updated Nov. 2021.


Letter from Daniel received August 2013.I am researching the Wright family, although you don’t seem to have a Wright family on your list. Im trying to find the surname of Joseph Wrights first wife. He was married to a Jane and they had three children that I know of, Joseph b.1857, Robert b.1859 and Mary b.1854. Can anyone help please. 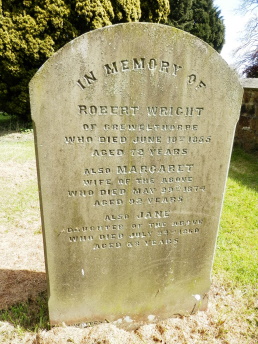