Trevor Kitchen found the following documents in Northallerton record office [August 2019].
Thanks to Trevor for his help.


As part of a North Yorkshire Records Office project cataloguing legal papers from the late 1800’s a document regarding Jane Blackburn of Grewelthorpe.

The following details may be of interest to decendants of Grewelthorpe families.

A document contained in these legal papers dated 1891 details the family of Jane Blackburn (spinster) who died 1st Nov 1890 in Grewelthorpe aged 82 years.

Included is a sworn statement made by George Leathley aged 68 years, dated 12th Feb 1891. (Statement required by solicitor to confirm relationship of beneficiaries of estate)

George states that he has known Jane for 30 years and her relatives include the following :- 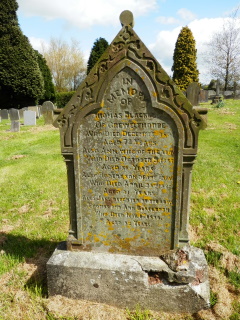 Report in Leeds Times 1844.
William Blackburn.
Fatal Accident. The deceased had been employed for 40 yrs as a waggoner for Swinton park. On the day of his death he was leading wood from Fearby Cross. He fell between the waggon wheels and was killed. He was a steady man and a good servant and had from his hard earned wages just bought a small farm and was to be married in a few weeks.