Information about the Goundry family that lived in and around Grewelthorpe.

I am from Spennymoor, Co. Durham.

There is a Mike Goundry who lives at Washington, Co. Durham, who has gone into great detail on the Goundry family . I think he reckons they all originated from Coundon (near Bishop Auckland), Co. Durham.
You mentioned the Dean & Chapter pit on your website – my father worked there & also at other mines in the Ferryhill (Co. Durham) area.
you will find Mike Goundry on:-

From Paul Andell.
My Hannah Goundry was married twice, first to a Mr Thompson then to Gooza Goundry a miner from Dean and Chapter pit. They lived at Dean Bank Ferry Hill Co Durham. Hannah brought up three generations of children taking the first generation from the work house on the day of her wedding! (They may have been younger brothers and sisters) Hannah was active in her local Labour Party and had a strong sense of family and justice. The siblings left the area, one I think was a police officer in Kent (Eddie I think) My mother was one of 6, when one of her sisters died Hannah brought up her three children, (as well as other cousins).
Can anyone prove any link with these Goundrys to the family in Grewelthorpe. If so please get in touch.

In response to Paul. It is thought there is no link between his Hannah Goundry and the Goundrys of Grewelthorpe.

Letter from Ann Simpson. Jan 2012 I am researching my family tree and I recently been loaned some old photographs belonging to one of the late Goundrys and also a bible that belonged to my Great Grandfather Joseph Goundry. Looking through the census’s he appears to have spent his younger life living with his grandfather at The Crown and Anchor at Middleton Tyas, but no sign of his parents. In the 1901 census he was by this time married to Minnie Jane and farming at Eppleby, Richmond. Then on the 1911 census they were living at North Tanfield,Bedale. Their eldest son was John Goundry, my grandfather, the only photograph I have seen of him was in Army uniform [see below].
He was in Grewelthorpe British Legion up to his death. I was wondering if there may be some photograph’s of him in the British Legion archives some where.

If you can help Ann with this research please contact this site.
Sadly Ann died in 2019.

If you can add anything to this page please contact me.

DOROTHY GOUNDRY. Born 5.3.1924. Bap 20.4.1924.Grewelthorpe. Dau of John Wright Goundry & Hannah Thompson.
ELIZABETH JOSEPHINE GOUNDRY. Born C1902. Dau of Joseph & Minnie Jane Wright. Married Fred Webster Bell. 1929. In this photo the lady next to the bride is Minnie Jane Goundry with possibly Joseph Goundry next to her. On her knee is Dorothy Goundry and kneeling in front of Dorothy is Billy Goundry. Thanks to Ann Simpson for this photo. 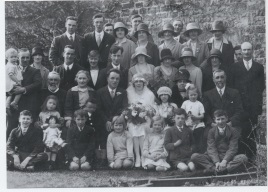 Marriage of Elizabeth & Fred Webster Bell. in 1929. In 1930’s they lived Lunterstone in Dallowgill. 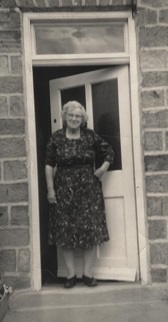 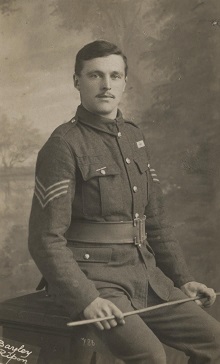 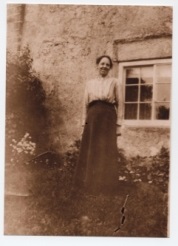 Minnie Jane Goundry outside her cottage. 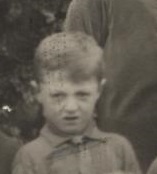 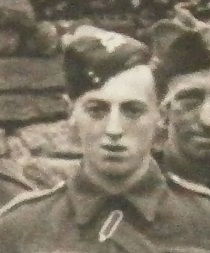 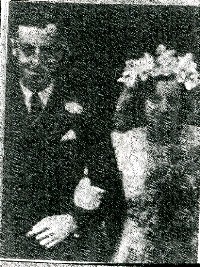 Wedding of William Oliver Goundry and Elsie Waite in 1946.

The lady at the back is Dorothy Goundry in 1951.

Obituary for Joseph Goundry. 1863-1978.
Death announced of Joseph Goundry age 75 of Bellwood Cottage Grewelthorpe. He was an ardent worker for the cause of Methodism. He had been a Sunday School teacher and Superintendant for over 50 years. He was also a local preacher for 24years. A native of Middleton Tyas, Richmond. He commenced his farming career in Darlington district coming to Beck Meetings Farm over 30 years ago. From there to Gate Bridge Mill and he retired to Grewelthorpe 15 years ago. He leaves a widow, 3 daughters . 2 Sons and a daughter having pre deceased him. Funeral in Grewelthorpe 30.6.1938.

Billy Goundry. Butcher in Grewelthorpe. Lived at Burn Brae. Had shop near to Crown Inn.