Details of the Grainge families which lived in the Grewelthorpe area, taken from the census records.
Last update Oct. 2020.

Letter from Pam Rogers. July 2013.
Thank you for your very interesting site. I am particularly interested in the Grange family as Esther Grange was my maternal g.g. grandmother and I would like to make a correction to your info.

Esther Grange was born on January 31 1839 at Coldstonesfold, father George Grange, mother Mary MacKrill.
She is listed correctly in the 1841 census and in the 1851 census her age should be 12 but the ‘1’ has been crossed through.

Esther was living at Glasshouses Hippings when she married John Dawson on February 20 1860 at Pateley Bridge. John Dawson was born in Millom Cumberland and at the time of the marriage was a miner living in Greenhow.

Thanks Pam I have amended the site. Barbara. 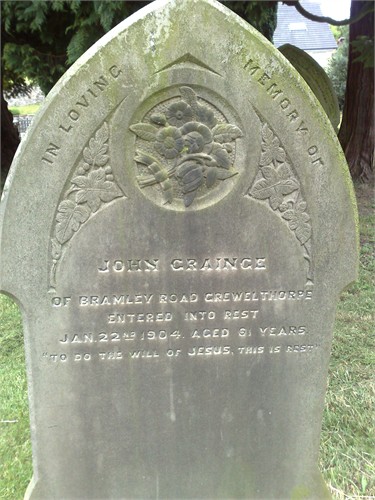 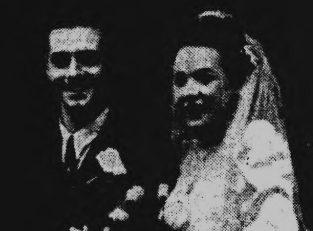 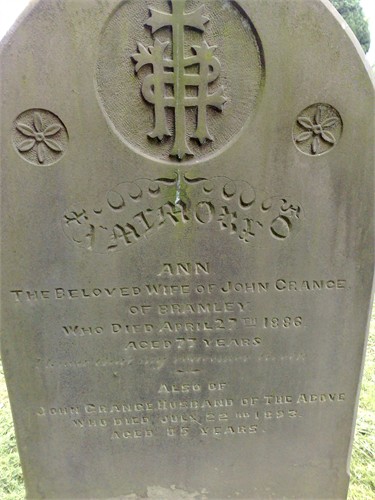 The grave of Ann & John Grange of Grewelthorpe.