Information from Parish registers, school records, census and memorial inscriptions [M.I.] about the Bain family in the Grewelthorpe area. There are several variations on spelling of this name.

George Baynes would like information about William & Richard Baynes who had a bookshop in Paternoster Row, London. 1790 – to 1850’s.


An excerpt of The will of John Bayn dated 1737.
After his statement of being of sound mind and stating his faith and wish to be buried in the churchyard at Kirkby Malzeard.
Asks that all debts and funeral charges be paid.
Give unto my son John Bayn the sum of 1/-
Give unto my son Thomas Bayn the sum of 1/- one month after my death.
All the rest of my goods and chattels to go to my wife Mary Bayn so long as she is my widdow. 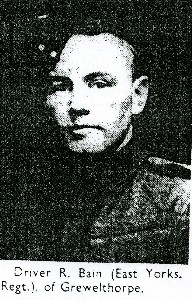 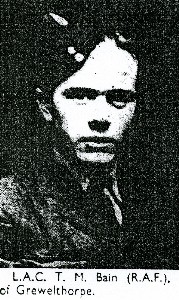 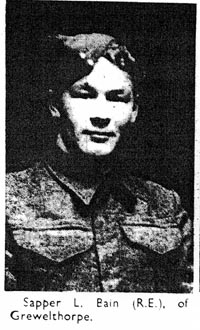 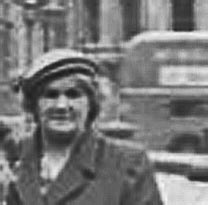 Report in Ripon Gazette September 1974.
While excavating the foundations for an extension to Cliff Cottage, Grewelthorpe, a local builder T.Bain.[Thomas Moore Bain] uncovered a deep shaft just to the west of the cottage. The shaft, about 4ft 6ins. in diameter, is at least 30ft deep and hewn out of solid rock except for a 2ft section near the top of which is walled with sandstone. At intervals there are square cavities holding traces of some sort of wooden structure and near the bottom, there is a cupboard like space hewn out of the stone.
The discovery recalled for Mr. Bain an old legend concerning a tunnel which was supposed to run from Grewelthorpe to nearby Hackfall – or to the old Roman site at Hill Top Farm.
“I remember as lads in the village,” said Mr Bain, “trying to find the passage with spades and strangely enough we did discover huge stones similar to those which covered the shaft. We could not move the stones, but there appeared to be a cavity beneath.”
A well seems to be the answer, but few local people have ever known a well shaft sunk through solid rock. However Mrs K.M.Bumstead a lecturer in history at Ripon Training College, thinks the shaft has been a well. The feeder springs have probably been diverted by natural causes over the years.

If you have found this page interesting or helpful or if you have any information to add, please contact us.