There only seems to have been one family of Calverleys in Grewelthorpe. He was a farmer at Bramley Grange, Grewelthorpe.
There was also 2 Calverley families living in Kirkby Malzeard in 1841 and I have listed them below. There were also Calverleys living in Mickley.

Letter from Bill Grayer July 2014
I am researching into Lt Peter Colverly of Lord Hopton’s Royalist Horse ‘ The English Civil War 1642-1646.
He was living in Cornwall, England in 1663. Could his name be the same as yours ‘ Colverly ‘ Calverley?
Can you help me at all?
Bill Grayer
Chard
Somerset.

If you can help Bill please contact the site.

William Gowland asks if the wife of George Calverley b 1837. was called Mary Jane or Mary Ann Gowland. On census returns from 1871 – 1901 she is referred to as Mary Jane. Hope this answers your query William.

Carolyn Waters believes that her G.G.G.Grandfather Walter Calverley. lived and died at Hackfall House, Grewelthorpe in the mid 1800’s. Also her G.G.Grandfather was born there about 1844. He was Frederick Clackson [Clarkson?] Calverley. He married and moved to Darlington and called his house Hackfall House. Carolyn would like to hear from anyone with information. See comments in the Memories section of this web site. See also the “Calverley Diaries” in the History section.

The following comments were sent by Pat Harden can anyone help with her research.
My 2x gt grandfather on my mother’s side was Joseph (Blackett) Calverley, son of John Calverley the carpenter and Mary (nee Brockbank). Joseph was born 22.6.1842 at Mickley and married Caroline Jane Hayr Siggs at Wigginton in 1863. In 1851 he was living at Azerley and in 1871 was at Sutton-in-the-Forest. His father, John, was born at Green Hammerton c1805. Mary Brockbank was born at Whitehaven, Cumberland c1805 and was baptised at Holy Trinity Church, Whitehaven 26.7.1807.
I wondered where the Blackett name came from – there was a famous Blackett Calverley family in the Northumberland area I think, which is a bit of a coincidence.
If you can help please contact the website.

Thanks to Ted Calverley in Canada for photos of William & Hannah Crawford. Sent Feb 2015.

The following information has been taken from census returns and school records and Parish records. Last update April 2020. 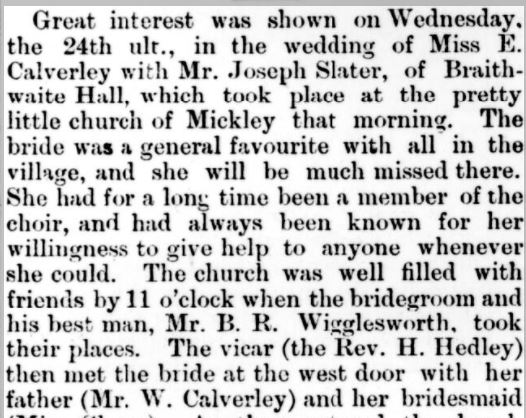 Report of wedding in Ripon Observor. 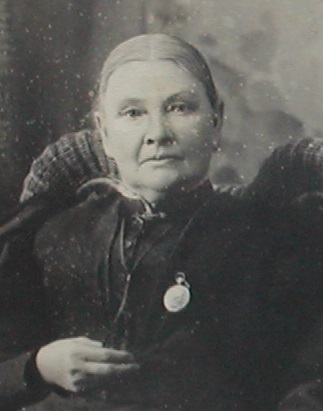 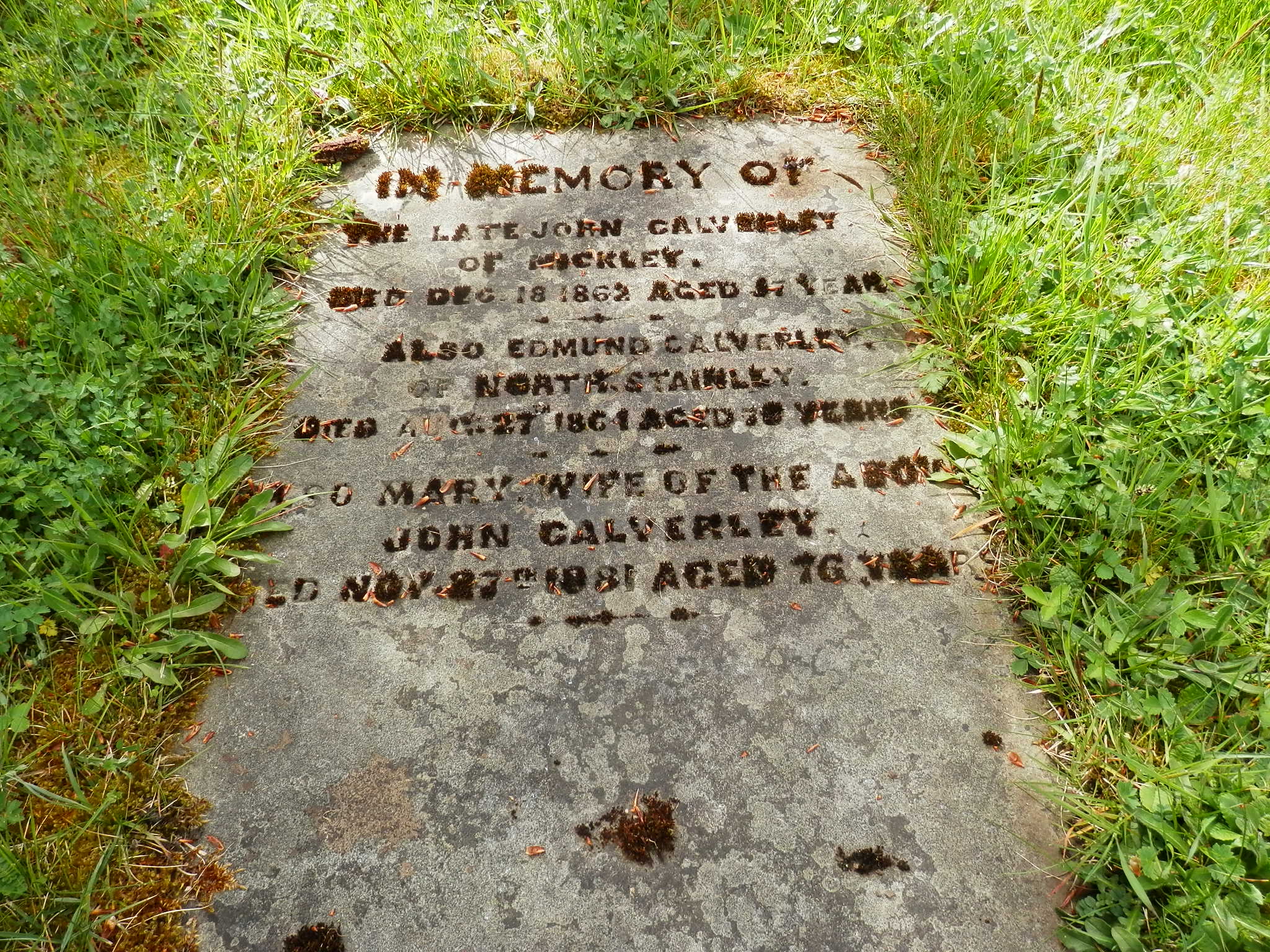 Grave of John , Mary and Edmund at Mickley. 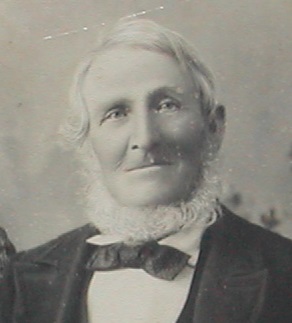 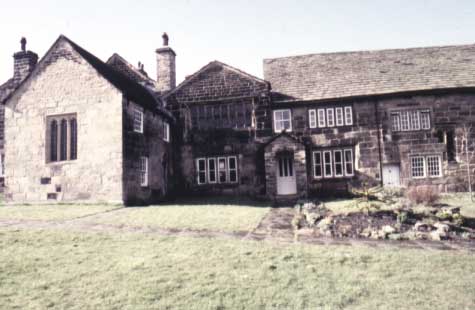 Calverley Old Hall in Calverley. The Manor House of the Calverley family. 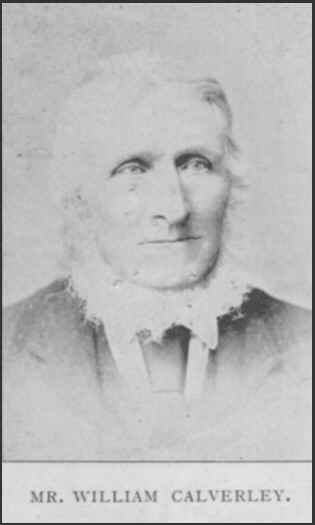 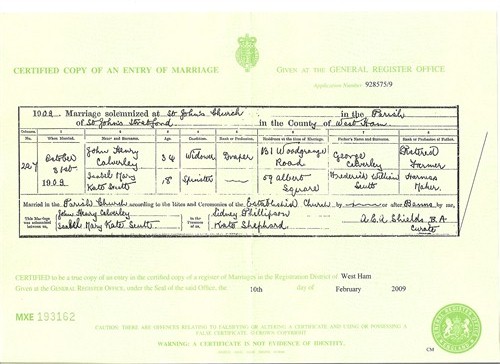 Researched by B.Bradley 2008. Last updated April 2020.
If you have any information to add to this page please contact me.