Details of the Holland family living in Grewelthorpe and the surrounding area. 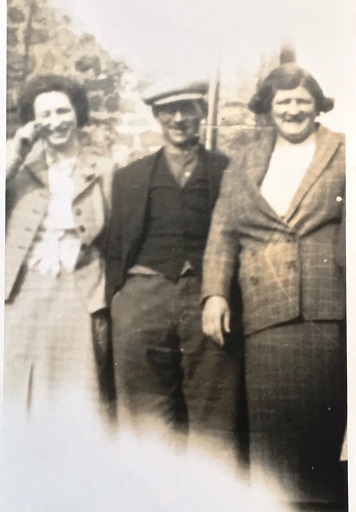 The Holland family.
The Holland family. Harry. Rose and their daughter Doreen.
They lived at Ilton Cottage which is now called Cedar Garth on Ilton Lane,
Many remember Harry with respect, he was one of the village roadmen, responsible for keeping the village neat and tidy, sweeping, cutting verges and clearing out the ditches.
Thanks to Richard Wilson from Kent for this photo. His Mother knew the Hollands during the war when she was evacuated to the village.
There are more photos which include Doreen Holland in the History section under Old Village photos. 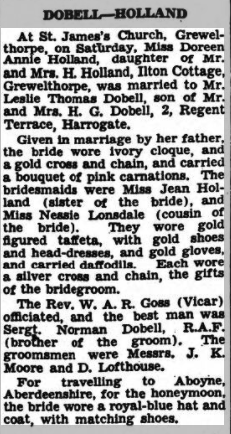 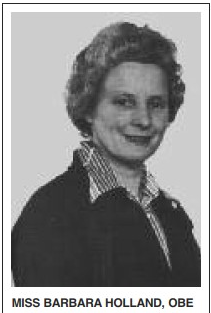 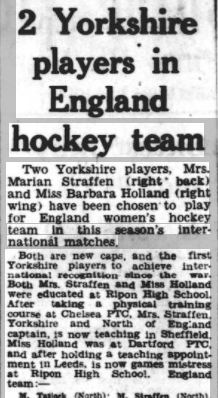 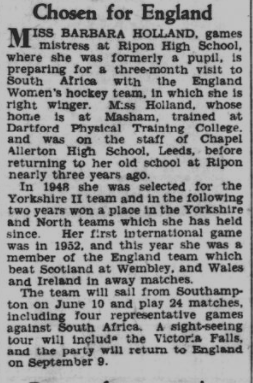 Barbara Holland OBE was a talented hockey player. She played for Yorkshire & England.
Newspaper report from 1954. 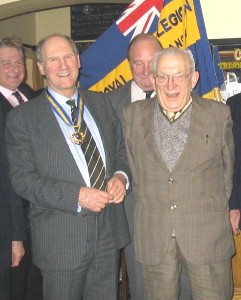 Walter Myers [on the right] at British Legion event. in 2005.