I was interested to see that my Grandfather, George Oswald Frankland is listed on your website. Indeed he was the son of Frank Cowell Frankland and Annie Walton of Mickley. He moved down to North Lincolnshire for work and settled in Epworth where he met and married my Grandmother Phyllis Coultard in 1928. They had 5 children. Arnold, Frank, Mary, Betty and Phyllis. My Mother was Betty, but sadly only Phyllis now survives. He continued to work as a farm labourer until he was injured in an accident. He died in 1962, mainly as a result of his injuries and is buried in St Andrew’s Churchyard, Epworth. I attach a picture of them on their wedding day. see photo below.


Frankland family information wanted.
Alf Barlow is trying to trace his Great Great Grandfather. His name was John William Frankland. born 1858 in Grewelthorpe.
His parents were Richard Frankland. and Eleanor Wood.
Alf thinks John left home when his Father married again to Maria Jackson. John went to Manchester about 1877 where he opened a butcher’s shop.
If you can help Alf

Olwen Bird [nee Frankland] asks.
Can anyone tell me where the Franklands originally came from before Grewelthorpe please? It sounds German and I am doing my Family Tree.
If you can answer this request please contact the site.

Stuart Frankland replied to Olwen July 2013
Not sure if Olwen Bird’s request for information on the Frankland name has been fulfilled as I have only just come across the site.
I have attached the information about Thirkleby which includes that they came over just after the Conquest, I had in my family history information a further document which stated it was 5 brothers who settled at Skipton,
Wharfedale & Craven Genealogical Study also have lots of Frankland information.
Hope this helps.
Stuart.

Message from Shirley Leeks. May 2015: my Grandad was John William Frankland brother of Betty, Doris frankland. Etc When Richard Frankland married Maria John William my grandfather left for Manchester married Alice and my father only child Kenneth was the only son his brother John died 18 months old Robert Frankland son Robert and my father were cousins as with Henry hall are cousins of my father.

Message sent from Dr. Richard Chapman of New Zealand. October 2015.
my name is Richard Chapman (attended Grewelthorpe
School from 1948 -51) I have lived 45 years in NZ but return to
Yorkshire annually to stay with my uncle Mr. Harry Richard Frankland who
lives in Winksley , he was born and bred in Grewelthorpe –
he will be 102 old in late November. – he is a marvellous, healthy,
witty man with a massive knowledge of Grewelthorpe History, such as
Hackfall and the local families he grew up with. [Please note Harry died in 2018].

Most of the following information has been taken from census records and newpaper reports. 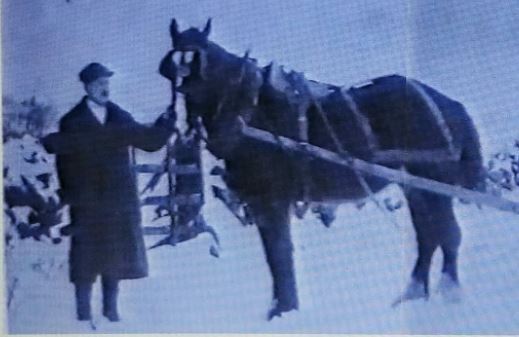 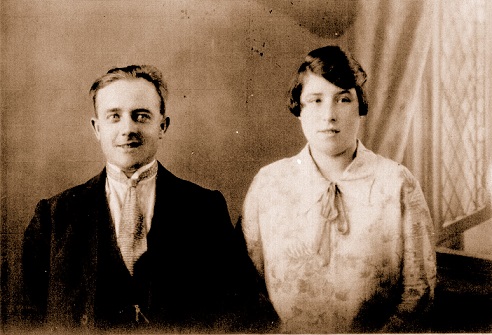