Details of the Ryder family from Grewelthorpe and the surrounding areas.
Last update April 2022.


Letter from D.Tong {April 2022}
My grandma is Mabel Ryder who is listed on this Grewelthorpe geneology page. Her brother was John {Jack Ryder] also listed on same page. Mabel Ryder was married to Ronald Herbert Tong. My Dad (Ronald Keith Tong) recently passed at age 80 in Canada and was born in Ripon, Yorkshire. 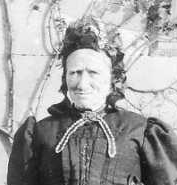 Letter from Gordon Ryder describing his early life in Grewelthorpe.
My Mam deserved an award as she never complained. She would do 3 or 4 cleaning jobs to keep us fed. When the 2 lads were killed by a bomb [see story elsewhere in history section] my dear Mam had the thankless job of laying them out. A service she performed for many in the village. But she never talked about it much. Mother was the caretaker of the Reading room 1948 to 1952. Tidying the books, dusting and lighting the stove. Also ironing the billiard table. all for £1.10s a month. I blew the bellows in the church which was next door to our cottage. I got 3d a time for that.
I well remember the bad winter of 1947. If you go through the arch of the Crown Inn, the snow was up to the bedroom windows on our cottage. As our door didn’t fit and the windows were cracked or broken, the snow came inside. So we dug a tunnel under the snow across to the Inn which was run by Suzy Scott and we survived the storm.