Details of the Coates family living in the Grewelthorpe, Kirkby Malzeard area. Last update July. 2020.
Information taken from census and church records and the research of Rosalyn Greenwood.
Rosalyn Greenwood is researching the Coates family and would like to hear from anyone who can help. She says:-
I have two direct line 2xgreat grandfather Coates from Ripon area. One belongs to the Sawley branch and the other George Coates born about 1822 Ripon (not the son of William and Frances) whose daughter Elizabeth Coates eventually marries back into the Swiers family of Sutton. I note in the Ripon Historian Oct 2011 that Robert Swiers my gg grandfather was a local Wesleyan Preacher in Grewelthorpe from 1881 ‘ 1892, even as early as 1851.Could my Coates family have been methodists?

Thanks to Susan Shewell for photos & letters of Dorothy Coates. Nov 2012.

Rosalyn Greenwood wrote April 2013.
I am shortly coming to K.M. to see if I can find the farm which belonged to William Coates. William Coates was born about 1759 and died in 1824 aged 64.He was the son of John but no idea who John was. He was married to Ellen Burnett 18 dec 1781 and had several children including William born 1787 and I understand is buried in K.M. church yard in 1812 age 25. He also had a brother Joseph born 1796 who married a girl from K.M. called Mary born 1797. Joseph and Mary moved to Skelton and their first child was born about 1824 so I expect the marriage took place about that time. If you can help please contact this site.

Letter from Rosalyn Greenwood June 2013.
Yesterday I went to the Borthwick Institute and found some Coates wills. One was Ellen died 1812 a widow and William of Warren Lane House (must be the one who sold his land in 1811) also 1812,who left his money to a man by the name of Thomas Thorpe.(butcher).Very interesting was the will of John Coates solicitor father of Dorothy(picture).Age 81 he wrote it himself giving details of all his purchases over the years. Sadly it refers to his missing son John (solicitor) who ended his days somewhere in a mental institute, as did his only son. Most of the Coates family seemed to lose sons at an early age perhaps that is why I have no followers.
Best Wishes
Rosalyn.


Another letter from Rosalyn in September 2017.

I have solved where my great great grandfather George Coates came from born 1822. Actually he was born in Knaresborough and came as an orphan to Ripon with his stepmother Ellen Coates. She died when he was young and he probably was brought up in the old work house where a distant relation was the Master and his wife Jane Coates sister to my gggrandmother.

I am now trying to find where Thomas Coates from Sawley who married Sarah Terry in 1704 was living. He had a son William who married Petronella HAMMOND in 1732

who in turn had a Thomas a William and Ann. Ann = John Cundal hence they have been made Administrators of their brother Richard in 1792. I will send the letter of admin under another e mail.

It would be great if you can shed any light on these early Coates.
Thank you
Rosalyn.


Another letter from Rosalyn Greenwood in September 2019.

My contribution last time about the Coates a few years ago is all sorted now, I am needing help please on the next part. In 1791 Richard Coates son of William of Sawley died under age and the administration was left to his brother Thomas and sister Ann Cundall wife of John Cundall of Warren Lane, Kirkby Malzeard.. Do you know from the Kirkby Malzeard records if Thomas Coates had any children? He married Ellen Coates in 1759. I have a William born 1760 married Ellen Burnett Ripon Cathedral 18 dec 1781

IF ANYONE CAN HELP ROSALYN PLEASE CONTACT THE SITE. 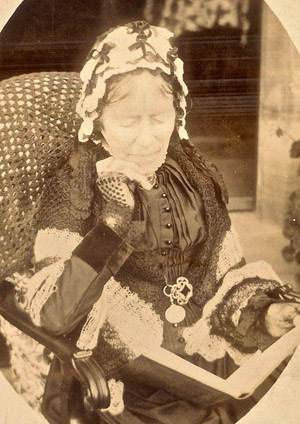 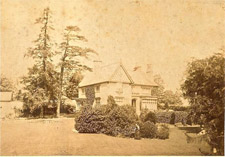 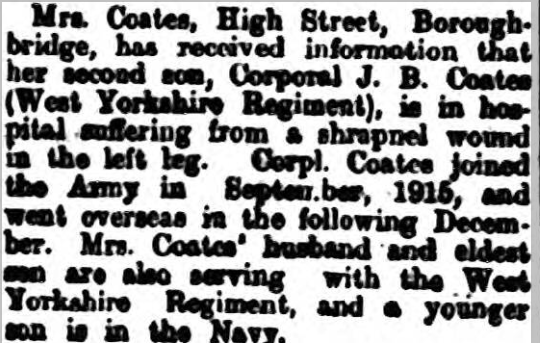 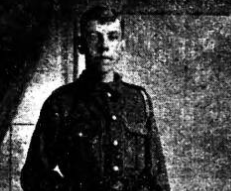 Private Coates had been gassed twice and in 1915 was in hospital recovering from wounds and gas received at the Battle of Loos. His Father is with ASC in France. [Ref. Harrogate Herald 1915]. 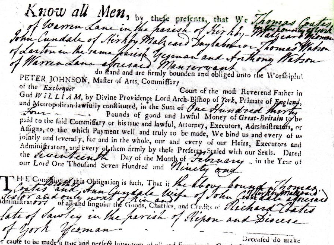 Transcript of letter from Dorothy Coates to Mary. Mary was Mary Hartley who married Barnard Broomhead-Colton-Fox, and Trotty was their daughter, Mary Dorothea Broomhead-Colton-Fox born in 1879… is where original unreadable.
Thanks to Susan Shewell for this letter.
Feb 19th ‘ Galphay.

I must no longer delay writing to you to beg you to tell darling Trotty and sweet Robin how much pleased I was to receive their beautiful cards on my birthday, and think it was so very kind of them to remember it. I have the pretty ornament (?) always before me set up on the Drawing Room table and all who have seen it, have admired the cards so much.

I have been feeling for the last few days very feeble, but I hope when the weather is warmer that I shall be able to get out into the open air more – I have consented to have a Basket wheelchair which John and Ity ‘ very desirable for me, as I cannot get out so often as I feel inclined to do. The little vehicle is ‘ if it which ‘ so light that it may easily be drawn by the Boys either round the garden or even to Winksley, and it will be easier to get in and out than the carriage. I shall have the benefit of the air without the discomfort of having to mount up into the carriage. John and Ity are most kind and thoughtful, indeed as you all are. How much reason we have for (words missed out) having such dear ones belonging to us in this season of ‘ failing strength for we both feel that we are decidedly failing – Uncle Matthew keeps almost entirely to the ‘ side, but except that he has a troublesome cough just now, he is pretty much as usual. The weather has indeed been especially cold and for the last few days very gloomy but we have a bright sunshine today which I hope will continue over tomorrow. I am longing to get again to Church but could not bear it at present, but I can see the pretty view which I look upon of the green, and the Studley (?) Woods, and the evergreens in the garden have the cheering look of fast approaching spring, all quite free from winter storms (?) and the keen frosts we have had of late.

I trust you will be able to ‘ from your happy house during the sweet summertime and bring dear Trotty to trot about with her cousin and Robin, dear Robin also. I must now close my scrawl – I hope your dear Husband keeps well. Our united best love is with you all and may God’s blessing be upon you, in all your movements. I am my darling Mary, your most affectionate Auntie Do.

PS John ‘ have gone to Bedale today, it being the holiday. Charlie is at home with his Mother ‘ both such good boys, quite interested in my Birthday present, placing it where it may best be seen.