Trenholme Family in the Grewelthorpe area.
History of the surname Trenholme. Recorded as Trenholm and Trenholme, this is an English surname. It is locational from the village of Trenholme near Stokesley in North Yorkshire. which according to the Oxford Dictionary of English place names, translates as the “the flat lands (holm) where the cranes gather”, from the pre 7th century Old Norse word “trani”, meaning the crane bird. This seems a reasonable explanation although another possibility is from the Olde English words “trendel-holm” meaning a fort or castle on the flat land. Locational surnames are usually “from” names. That is to say surnames given as easy identification to people after they had left their original homes to move somewhere else. In this case many of the nameholders clearly did not move very far, as the surname is well recorded in the early surviving church registers of the region from the mid 16th century. These recordings include such examples as Edward Thenholme whose daughter Ann was christened at Stokesley on September 8th 1669. and Thomas Trenholm, a witness at the parish church of Stainton in Cleveland on February 7th 1693, whilst somewhat later and two hundred miles away, there is a recording of William Trenholme, whose daughter Margaret was christened at Christ Church Greyfriars, in the city of London, on November 11th 1745.© Copyright: Name Orgin Research www.surnamedb.com 1980 – 2010.


The following Information has been taken from Parish records, memorial inscriptions [MI]etc. and is relevant to the Trenholme family in the Grewelthorpe area.
Latest update Jan 2021.


If you can add any information to this page please contact me. 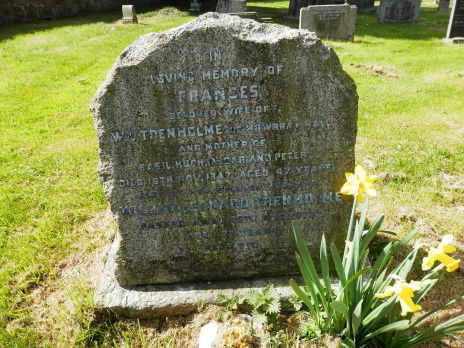 The marriage of Bernard Trenholme & Freda Stubbs at Laverton 1931. 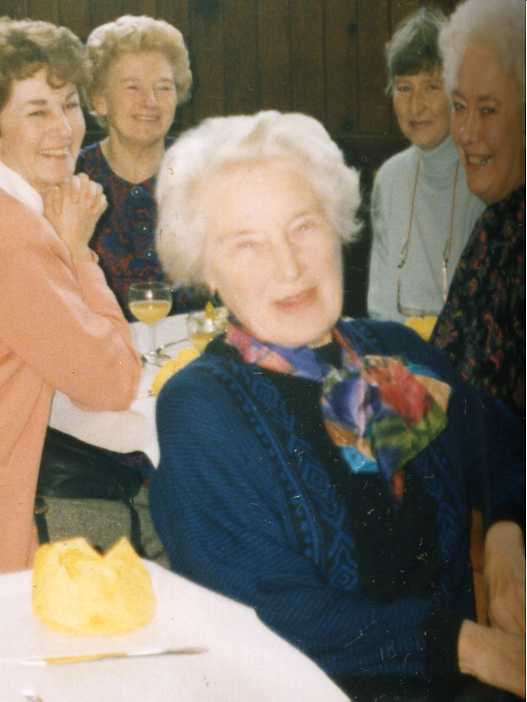 Hilary Trenholme [nee Goss] wife of John Oscar Trenholme.
Obituary for Hilary Trenholme 1919-2002.Born in Leeds in 1919 she attended Cockburn High School and then trained to become a teacher at Homerton College in Cambridge. Shortly after qualifying and with the onset of the Second World War, she moved back to Leeds to be near her family.Hilary quickly threw herself into the war effort with the typical community spirit she showed throughout her life. Among her many jobs, she taught and looked after children in Morley for many hours each week, as local parents were working long shifts in the city’s munition factories.When not teaching, she helped with the Fire Watch in the city, and, with a love for nursing worked both for the British Red Cross and the Blood Transfusion Service, collecting blood from throughout the region.Because of ill health, her Father William Goss, who had worked for the National Westminster Bank, retrained as a priest, and after the war the family moved to Grewelthorpe where he became vicar of St. James’s Church.Hilary became a teacher at Holy Trinity School in Ripon, and also played an active part in the life of the church in Grewelthorpe.As she had a great love of the theatre, which was nurtured as a schoolgirl with regular trips to Stratford upon Avon she helped to stage drama productions at the church.At one such producton in 1946 she met Oscar Trenholme, a local farmer who was a member of the cast, and a courtship ensued.The couple were wed by Hilary’s Father in Grewelthorpe church in 1949, and began their married life on a farm at Southcote, near Masham. despite being a city girl, Hilary loved the countryside and settled into her life as a farmer’s wife with ease.The couple had three children, and Hilary was very busy, combining her duties on the farm and regular supply teaching with bringing up her family. A typical day saw Hilary out at 6a.m. to bring the cows in before getting both her children and herself ready for school.But she still found time for numerous hobbies, including voluntary work for St. Nicholas’s Church in West Tanfield, where she helped to found the Sunday school, as well as being a member of the PCC. At St. Mary’s Church in Masham she was on the social committee.Hilary who was also an active member of Masham Players for 47 years at first being an accomplished actress, before helping with the production side in the later years. Among highlights, she helped the Players to victory three times in the district wide three act plays staged in Richmond.She shared this love of theatre with Oscar, with her husband being the Chairman of the players for 21 years and Hilary the secretary for 24 years.Other interests included being a prolific member of the Ripon Writer’s Group, enjoying all forms of writing, and she was also a founder member of Grewelthorpe W.I.The couple lived for more than 46 years at Southcote before retiring to Masham. With her contacts, many interests and deep love and respect for the area and its people, she became the correpondent for the Gazette, filing her last weekly column just days before she died.She enjoyed walking and cycling, and remained extremely fit until quite recently, even walking the Three Peaks to celebrate her 80th birthday.The couple also enjoyed spending time with their family, which included regular visits to new Zealand to see her son Adrian and family.Last year she was diagnosed with cancer, but her characteristic spirit, refused to be cowed by the disease and fought it bravely.She finally lost her battle at home last Wednesday surrounded by her family. her funeral is taking place today [3.5.2002] at St. Nicholas’s Church at 1p.m. led by the former vicar of the church the Rev.David Eyles.She is survived by her husband Oscar, children Lindsay, Adrian and Jonathan, and grandchildren William, Edward, Hugh & Anna.