Definition of the name Barker: 1) A tanner of leather, derived from Middle English “bark,” meaning to tan 2) From the Old French “berquier, berchier, bercher, berkier, berker,” meaning shepherd. 3) A variant of the German surname Berger, used to describe a man who lived on or by a hill or mountain, from the Old High German “berg,” meaning mountain.

Message from Ian Barker. 10.3.2011.
I Have got a lot of common ancestry with the Barker family detailed on the site , would welcome contact to exchange research and hopefully extend my family tree.

The following is part of an email sent by Jasmine Marshall to the web site. If anyone has information about the families she mentions please contact this web site.

My name is Jasmine Marshall (nee Barker) and I am researching family members who lived at Dallowgill and the surrounding areas.
The Barker’s are tied in with the Cundall, King and Umpleby families and I know that they not only attended St. Peter’s at Dallowgill which I visited yesterday with my husband and found lots of evidence which ties up with the information I already have, plus, more that I didn’t know about. Margaret Umpleby (we have never met before) was kind enough to come out in dreadful weather to show us inside the church which I haven’t been in for many years.
I know that some of the families also attended the Methodist Church. Where can I find the Methodist Church ? I visited Knott Farm at Dallowgill as a child (relatives) but I cannot remember how to find the other church. I should have asked Margaret for full directions but it was such dreadful weather that I didn’t want to keep her out in it more than was necessary. I also know that Barkers were linked to the other villages around Dallowgill and some worked in service at Grantley Hall.
My father was James Christopher Barker, his father was Christopher Barker (Carlesmoor), his father was Joseph Barker and then I believe his father was a John Barker (1796). My father’s mother was Alice Cundall (Ripon) who ended her days as a widow at Knott Farm with her sister Harriott and her husband John King – My father’s Grandfather also married another Alice Cundall from Rainton.

Jasmine sent the following Feb 2013.I wonder if you could help me, again, because I have John Barker 1796-1867 who married an Elizabeth and their son Christopher who I am told married an Elizabeth Ingleby 1824-1889. It is on the Barker listing but not on the Ingleby listing. I am still desperately searching for the parents of John and who is Elizabeth? And, is Christopher’s wife really an Ingleby ?
Can anyone help. 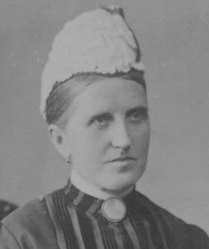 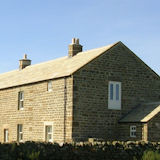 PETER BARKER. Born C1862.Healey. The son of Peter & Isabella. A widower when he married Maggie Banks. [b.1885] of Grewelthorpe in 1906. Living Thorpe Grange, Grewelthorpe in 1911. He died 1942.
PHOEBE BARKER. Born C.1884 Markington. Dau of John [Cornmiller] & Alice.
POWELL BARKER. Born 1872 Harrogate. He was a Butcher. Age 19 he enlisted in Yorks Artillery Western Division. Service No. 1314. He was 5ft 6”. Sallow complexion. Grey Eyes. Dark Brown hair. Scar over right eyebrow.
His next of kin was his sister Maud. of Harrogate. 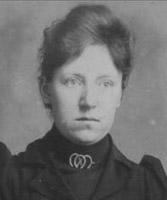 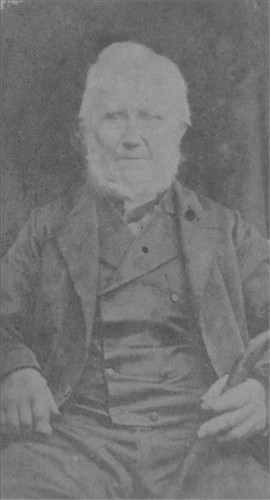 WILLIAM BARKER. Born C.1811 Kirkby Malzeard. Married to Anne of K.Mal.
See the report about William Barker and Anne and William Wood [Tailor] of K. Malzeard. on the Wood page.
WILLIAM BARKER. Born 1827 Kirkby Malzeard. Son of Thomas [Basket maker] & Jane Calvert. Married Mary Whitehead and lived in Lancashire. He was a grocer & Basket maker.
WILLIAM BARKER. Born C. 1861 Grantley. married in 1893 to Hannah of Kirkby Malzeard. [b. 1862]. A Roadman working for the District Council. Living Littlethorpe in 1911.
WILLIAM BARKER Born 1891 Hampsthwaite. Son of Fred. Labourer. Age 18 he enlisted in Durham Light Infantry 1909. Service no. 10820. He was 5ft 5”. Fresh complexion. grey eyes, Brown hair. 3 red spots on his left forearm.
He was discharged within weeks as not being likely to become an efficient soldier.
He had 4 brothers Benson. Tom. Harold & Ernest. and 2 sisters Alice & Cissy.

Report in The Morpeth Herald. Saturday 13 June 1874. & York Herald 9th June 1874. THE KIRKBY MALZEARD MATRICIDE. The young man, John William Barker, 23, who is charged with the murder of his mother Anne Barker age 52, at Kirkby Malzeard, near Ripon, under the circumstances already reported, by cutting off her head with a hedging bill, was on Monday brought up on remand at Ripon, for examination previous to commitment. The Court-house was crowded, much curiosity being exhibited to obtain sight the prisoner, who is now considered insane, and certainly looks so. Mr. Marsden, the West Riding solicitor, prosecuted, instructed the Chief Constable. Mr. Batson, of Harrogate, appeared for the prisoner, and elicited in the examination of the father William Barker and a younger brother Alfred Barker of the accused, who were the principal witnesses called, that he had for two or three months back, and since an attack of quinsey, been exceedingly singular in his habits, moping in the house, or lying in bed all day. It was stated that he had been very fond of his mother, and it was denied that he had struck her, except once, a few days ago. The father said that a short time since he had gone to see the assistant-overseer about the prisoner being admitted into an asylum, and, it was added, that his grandmother was at one time confirmed a lunatic. The police-officer who apprehended the accused found him in the arm-chair, while the deceased lay in pool of blood in the cellar. The Prisoner, after the usual caution and much hesitancy, said he had nothing to say, and was then committed to Wakefield for trial at the Leeds assizes.The verdict from Leeds Assizes [August 1874] was that John William was acquitted through insanity and will be detained in gaol during her Majesty’s pleasure.


Reported in Leeds Intelligencer July 1852. James Carr, charged with stealing, on the 3rd June last a piece of beef, the property of George Barker, of Kirkby Malzeard, He was found guilty, and sentenced to one month imprisonment.