THE SCHOOL DURING WAR YEARS.

November 1915.
The Headmaster, Mr. Martin, offered himself for military service but he was refused.

December 1915.
“Sailor’s Day” in Ripon & District. Pansies were sold to the children and 5/4d was raised for sailor’s charities.

July 1916.
Major General Dalton of The Hutts, Grewelthorpe presented the school with a flag and flag staff. To be raised on high days and holidays.

Mrs Howard [vicar’s wife] visited the school and talked about bottling all surplus fruit in these times of stress. She said she would give a prize for the best bottles of fruit exhibited on a date to be fixed later.

September 1916.
The Headmaster formed a War Saving Society in connection with the school. The 1st deposits were made on 25th Sept. totalling £1-10s-6d.

October 1916.
Mr Martin [Headmaster] was called up for military service.

May 1917.
Prizes were given to the children for greatest industry whilst digging the potato patches.

The children gathered sheeps wool and this was sent to London to be made into blankets for soldiers and sailors.

July 1917.
The children marched from school to Crosshills for the dedication of the cross which had been erected in memory of those fallen in the war.

The girls were presented with a framed certificate by the Belgravia War hospital supply depot for their knitting done in the last 6 months.

September 1917.
The potatoes were dug up and shared out amongst those who had planted them.

December 1917.
A special days holiday given to celebrate the achievements of the Yorkshire troops.

January 1918.
The children took envelopes home for a Christmas Day collection for the children of blinded soldiers and the collection raised

£2-5s-1d. which was forwarded to Sir Arthur Pearson.

June 1918.
Mr Martin was relegated to army reserve and he returned to school.

In order to assist in the effort that was being made throughout all schools in the country to gather blackberries to make up for the failure of the plum crop. The master sent out all boys & girls in Standards 4-7, in charge of either himself or his wife, into the lanes and woods on 2 afternoons per week whilst the blackberry season lasted. All the fruit gathered was sent to the Ripon Rural Food control office who in turn sent them to the jam manufacturers in Leeds. 36lbs of fruit dispatched on first day.

October 1918.
The potatoes were dug up. The audit of War Savings showed a total of 154 certificates bought to date.

Later in the month the school had a days holiday because West Riding schools had contributed over £250,000 for the purchase of War Saving Certificates. Grewelthorpe school had bought 156 to date.

22nd October 1918.
A total of 24-25 lbs of blackberries was collected by the older children of the school. The Master received from Wakefield a Money Order for £3.11s.6d in payment for the same. and this was paid out to the children at the rate of 3d per pound of blackberries collected. He noted that results would have been better if the weather had been more favourable.

November 1918.
As armistice terms had been agreed to by Germans and hostilities had ceased the school flag was hoisted on 11th November.

On the 12th November the Rev. Howard informed the Master at 10a.m. that the children were to be given a holiday to celebrate our great victory and the termination of hostilities. So after a suitable address the children were dismissed.

23rd November 1918.
The West Riding Committee declared a holiday to celebrate the signing of the Armistice by the Germans on 11.11.1918.

1st September 1939.
On Government orders, because of the evacuation of children from Leeds to this area, the children were sent home and the registers not marked in the morning. School closed for 1 week and a day for Evacuation and the Declaration of War.

21st September 1939.
The school had 3 buckets of sand and water delivered for A.R.P.

Sept 1940.
The school windows were fitted out for blackout curtains.

13 clothing coupons sent with the school requisition for stationery etc.

A case of South African oranges arrived for the children from Mr & Mrs Wood of Rawdon. 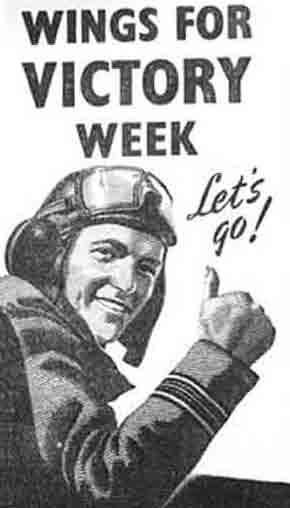 “Salute the Soldiers” saving campaign in connection with National Savings movement. The target was £1,000. A total of £2,600 was received for investment.

7th July 1944.
Hubert Fryer. An old boy of the school and a scholarship winner killed in operational flight with the RAF. [He was 21 and died on 5/7/1944] Hubert was the son of Doris Harrison. he was a Sgt. and a bomb aimer.

31st October 1944.
Leonard Lonsdale. of Sherwood Foresters, an old boy of the school killed in action in Italy on 18th October.

February 1945.
Boxes of sweets and toys delivered from Kent. They came from the U.S.A.

If you have anything to contribute to this page. Memories of Grewelthorpe school during the war, or your experiences at this school, please contact us.