A booklet has come into my possession giving the names of Grewelthorpe residents in 1838, so some 3 years before the first census of 1841. So because of this I believe it is important that this information is kept for future reference.
This book, I think, was kept by Thomas Kendray, I have based this assumption on his handwriting in the book. and his signature at the end. See pictures at end of list.
The list is an assessment for the necessary expenditure on the Highways within the Township of Grewelthorpe in the West Riding of the County of York, made and assessed the 2nd day of April 1838 being the first rate of threepence per pound for the present year.
The names are listed alphabetically with the amount they paid in £.s.d. Perhaps the amount indicates the standing of that person in the community.
Barbara Bradley Oct. 2021. 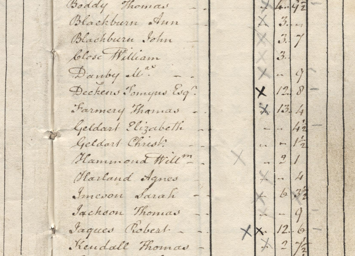 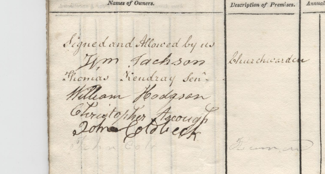 excerpt from list comparing signature of Thomas Kendray and writing in book.