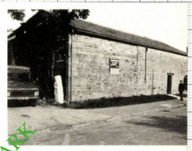 The first mention of Grewelthorpe Mill to date is an indenture dated 12th January 1656 between
William Wyvill of Constable Burton, Robert Wyvill 0f Slennigford Hall , William Atkinson [Fellmonger] of Grewelthorpe and his wife Mary Atkinson and Edward Dixon [butcher]of West Tanfield.
There was a lease of 950 years.


3rd February 1848. An indenture between John Bolton of West Taanfield and William Hammond [Farmer] of Bush Farm, Grewelthorpe.
A description of the property in 1848. [lodged at Wakefield.]
All the messuage, tenement, dwelling house with stables, garth, outbuildings adjoining and belonging to Thomas Spence afterwards of Robert Harland deceased and the late Agnes Harland deceased, adjoining on a close belonging to Mr.Beckwith,afterwards to devises of Martin Wood Deceased to John Harrison on the South and East on a dwellinghouse belonging to John Fell afterwards to Thomas Mann and then to William Rayner on the North and the street of Grewelthorpe on the West, together with all new erections and warehouses lately built by Robert & Agnes Harland, also the pew or right of sitting in the Parish Church of Kirkby Malzeard.


4th June 1879. The will of William Hammond [Farmer] of Grewelthorpe made. Left all the property to his wife Ann Hammond. William died 15th April 1881.


15th September 1885. Indenture bewtween William Smorfitt of Darley and Charles Lee [land agent] of Bramley Grange, and Thomas Imeson [land agent] of Spring House, Grewelthorpe to John Richmond [gentleman] of Killinghall.
Description of property bought by John Richmond for £320 in 1885.
Dwellinghoue with the building formerly a cottage and the stable, coach house, gardens and outbuildings and belongings formerly in the occupation of Agnes Harland deceased, and late of Ann Hammond deceased.
Site in the village of Grewelthorpe adjoining on a close now or late belonging to John Harrison*on the South & East on a dwellinghouse or tenement then or late belonging to *William Rayner on the North and the town street of Grewelthorpe on the West.


26th January 1928. William Thorpe of Quaker Terrace, Masham died. Left all to John Edward Thorpe for my children to be invested to the best of his ability.


11th April 1930. Conveyance Sarah Jane Smith & Another.[William Herbert Cleveland Smith] to John Edward Thorpe [Corn merchant]. £850.
Description of property sold to John Edward Thorpe for £850.
Dwellinghouse & outbuildings, stable, coalhouse, gardens, orchard and appurtances thereto belonging site in village of Grewelthorpe in Coy. of York bounded on towards the North by property than or late belonging to Mrs. Pickard on or towards the South by property then or late belonging to Peter Lofthouse on or towards the East by the herds secondly thereinafter described and on or towards the West by village street of Grewelthorpe aforesaid secondly the hereds firstly thereinbefore described containing by admeasurement 2.218 acres or thereabouts and numbered 497 on O.S. map.


1st June 1964. Conveyance from Susan Thorpe [Middlesbro] of warehouse and outbuildings to John Edward Thorpe [son] for £120 plus £97 per annum for life.

The mill buildings stood empty and unused for about 20 years.
11th November 1982. John Edward Thorpe died left all to Evelyn Alice Barker.
The buildings were then taken over by Graham Roberts and his wife Joan.
They manufactured custom mixed animal feeds to supply the local farmers.
Later Graham Roberts produced flour for use in the domestic bread making market.
The flour making was taken over by Hutts Farm, Grewelthorpe and the mill buildings were sold to Jacksons electrical. 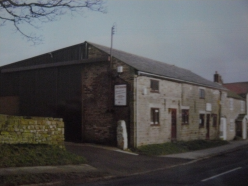 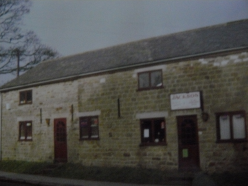 The mill buildings owned by Jacksons.


In March 1994 planning permission was sought to convert the buildings into houses. It was refused.
Later application was successful.
The mill building was converted into three cottages.