EVACUEES. WORLD WAR 2
In the early days of the war, September 1939, 650 children,teachers and helpers were evacuated from Leeds and sent to Ripon
by train. Ripon Training College was chosen as a distribution centre, but many children were sent direct to the rural villages from Ripon station.
An ex Grewelthorpe resident tells the tale that when some of the children heard a gentleman with a Yorkshire accent say “This lot to Killinghall,” they panicked because they thought he had said “This lot, Kill em all.”

Children arriving in Ripon from Leeds.


For a small village like Grewelthorpe with only about 100 houses a large number of children were sent to the village as evacuees. From the school records we have their names and birth dates, where they came from, when they went home if at all, and where they stayed in the village. The Leeds teachers felt that they had some responsibility for the children, as they were away from their parents and homes. They said they were sure the householders who took the children in would do everything they could to make them feel welcome, and they would treat them the same as their own children. It was requested that an 8p.m. curfew be enforced. No children should be out after this hour, and it was hoped that the closest supervision would be given to the children after school hours, so that they were not wandering about unaccompanied by an adult. It is difficult to believe that this actually happened in the villages where the other children would be used to playing out until dark. It was expected that the schools would have an organised and settled routine in a very short time. It must have been very difficult for small schools such as Grewelthorpe to have this sudden influx of children, most of them older than the other children in the class, until they could be sorted out and sent on to secondary schools where necessary. Payments were made to the householders who took the children in, they were expected to provide accomodation and food but also care as the child would have expected at home. It was appreciated that there might be problems with extra laundry, but it was hoped that schemes could be set up to provide communal meals and welfare work amongst the children, which would lighten the burden of the householder. After the first rush of evacuees there was a constant trickle, as bombing increased in cities other than Leeds,and there was always a demand for householders to volunteer to take in these children. In September 1939, 17 children came to the school from Leeds, but most of them returned to Leeds within a few months. They were.
LEATHLEY GRAHAM. born 26.2.1933. Stayed with Mrs.Chapman.
WADDINGTON HERBERT. Born 29.3.1926. Returned to Leeds in 1940.
CROMACK GEORGE. Born 11.4.1926. returned to Leeds in November 1939.
CROMACK SYDNEY. Born 2.9.1928.
BLOOMBURY GEOFFREY. Born 25.8.1926. Returned to Leeds 1940.
PHIPPS DONALD. Returned to Leeds Dec. 1939.
PHIPPS CLARA. Born 14.5.1927 Returned to Leeds Dec 1939.
PHIPPS JOAN. Born 1.8.1929. Returned to Leeds Dec.1939.
BETNEY STANLEY. Born 31.12.1931. Returned to Leeds 1940.
SUTCLIFFE GEOFFREY. Born 24.7.1927. Left to attend Ripon Modern School 1940.
SUTCLIFFE PAULINE. Born 1.7.1929. Left Grewelthorpe school to attend Ripon Modern School in 1940.
LAND OLGA. Born 31.1.1928. Returned to Leeds 1940.
HARRIMAN SHIRLEY. Born 11.10.1927. Returned to Leeds 1940.
ACKROYD PHYLLIS. Born 22.4.1927. Returned to Leeds November 1939.
ARMSTRONG FRANCES. Born 1926. Left school age 14 yrs.
ARMSTRONG MARION. Born 20.2.1931. Returned to Leeds 1942. 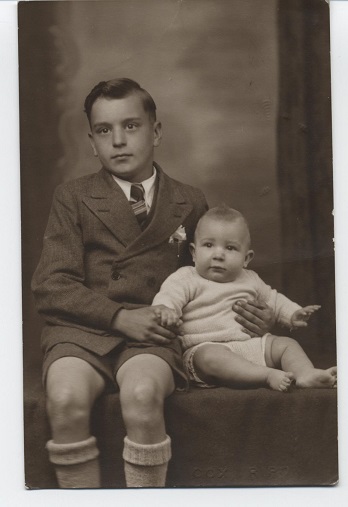 
In all we know that 73 children were admitted to the school as evacuees. There may have been more that were not enrolled on the school register. If you know what happened to any of these children, or if you were indeed one of the evacuees yourself, I would love to hear from you. Do you have a story to tell about the war years in Grewelthorpe?.
Researched by B.Bradley. 2006.
Updated October 2010.

Thanks to Jack Cook for the following memories.

Hi, Whilst looking up Ripon Modern to see if they had any attendance records for this period, I came across the Evacuees story. I was 11 in october 41, and with Mum and Paul my younger brother, aged 4 we stayed with John Wood at the farm on the green ! I went to the Modern by bus, I remember a pal called Harland, Maurice I think, John Ashby so tragically killed after we found the mortar bomb on the moor, I was there at the time, just walking over to Wood’s when the thing exploded. John and a boy we called Belgie and I had been up on the moor and found this bomb thing, John was carrying it to the farmhouse and we were going to use his dad’s tools to open it up when his mum called him for his meal, we parted and there was this enormous bang. Such a loveley lad, a great pity, we had some great times, at Hackfall castle after jackdaw eggs, and in the river for trout, we set snares for rabbits on Woody’s back fields, a great time, then we left to live in Northern Ireland as dad was posted there.I also remember a girl called May Morley, Maurice used to chase her about but we were not allowed to tag on as we were too young!! We got real winters then and skated on the pond for weeks in winter,and sledged down the hill behind Ashby’s somewhere. My grandad Cook had a farm at Kirkby Malzeard, Biggin Grange, and we spent time there haymaking and potato picking etc., I am 79 now and live in Whitby, two daughters, two sons, and ten Grandchildren, Oh, and one great grandaughter very new!! Look forward to hearing from you, Yours, Jack Cook.

Thanks to Barbara Wood [nee Johnson] for the following:-
My sister Lily and I (nee Johnson) were evacuated to Grewelthorpe in 1941. We stayed with Albert & May Stelling at Willow Garth.I have written about our stay in a book by Henry Buckton called The Childrens Front. Lily and I remained in contact with our Foster Carers for some ten years but then lost contact with them. In 1984 Lily travelling through Yorkshire visited Grewelthorpe and was delighted to find Albert & May still living in the village.Sadly Albert died that year and Lily & I visited three weeks later to pay our respects at his grave and spend time with May. Since then both Lily & I and our families have visited the village and May has made many visits to Brighton.May is still living in Grewelthorpe in a bungalow opposite Willow Garth and I spent a lovely few hours with her in April this year. Looking out of her picture window across the pond to Willow Garth, what nosalgia!.A friend who drove me there his first words were “Barbara you must have thought you had died and gone to heaven when you first saw this village”. How true, Grewelthorpe was so beautiful in 1941 as it still is in 2000 and hopefully always will be. 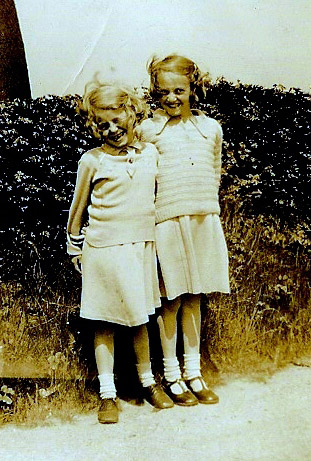 Lily & Barbara Johnson.
See story submitted by Barbara under the War Time in Grewelthorpe section of the History site.


Thanks to David Harris for the following memories [ May 2017]Hello, my name is David Harris and I was evacuated to Grewelthorpe with my Mother and two brothers in 1944.
I have come back to Grewelthorpe on a nostalgia trip.
Brian Frederick Harris and Raymond John Harris were my brothers. We stayed at the School cottage [next to the school] I was only about 7 years oldat the time but can remember a little, including another friend called Brian Bain.


If you remember the Harris boys please contact the site.


Letter from Matthew Rogers-Hulme. February 2018.
Thomas Edward Hulme was my father, also my Grandfather of the same name is mentioned, there is a sad story as my Grandfather was an officer in the Royal Engineers at the time, and sadly died at Ripon on 28th September 1941, my father was there with his two sisters and mother, who were staying and working at a farm house 3 miles from the school.
Regards
Matthew Rogers-Hulme
(my dad married a Rogers) 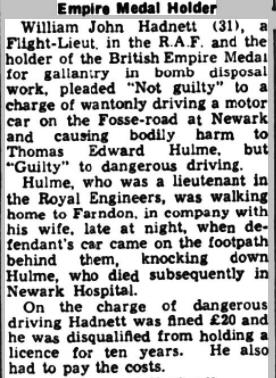 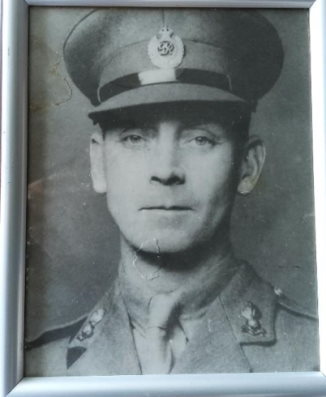 Thanks to Shaun Noble and Matthew Rogers Hulme for this information.


Children from Gateshead were also evacuated to Masham. 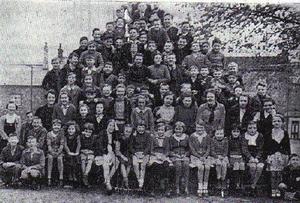 Evacuees at Masham school.
Details of this can be found on the BBC site WW2 Peoples war.
bbc.co.uk/ww2peopleswar.