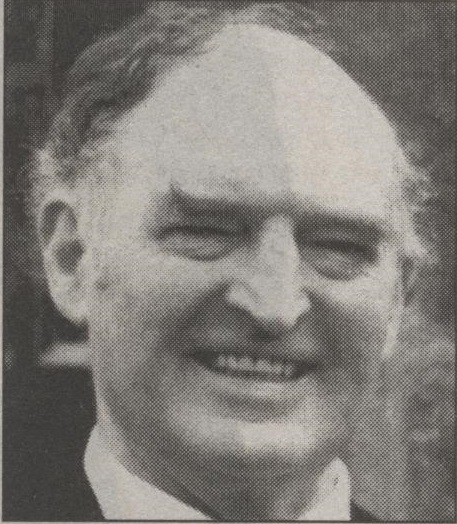 
He had a distinguished military career in which sudden and violent death had been a frequent possibility. He was born in Gosport, Hampshire, his unemployed father a former soldier with the First Wiltshire Regiment.
Bill won a place at the local grammar school, but was unable to take it up because the family could not afford the uniform. It was a bitter experience – he was determined afterwards to prove he was the equal of anyone – and it had a sequel years later when he was offered a commission in the Army but had to turn it down because he could not afford the mess bills.

When he was 16, Bill joined the Army’s Boys’ Service, entering the Royal Engineers and becoming a boxer because of the better rations.

In 1942, he went for selection for the Glider Pilot Regiment because he heard the food there was even better – he may not have heard about the extreme selection process.


Winning one of the few places which went to Army candidates, he proved himself to be toughest of the tough. As a pilot he was promoted to sergeant, and joined E Squadron, his role, after landing, being to fight with the infantry. Pilots were told they might expect to survive no more than six weeks.
On D-Day, he was to be co-pilot flying an anti-tank gun and its crew to a landing zone seven miles behind enemy lines in Normandy. Orders were then to fight his way back to the landing beach, cross the Channel and fly another glider over.
Having identified the landing site from the air, he and the pilot could see that the Germans had prepared it with “Rommel’s Asparagus” – telegraph poles stuck into the ground, each surmounted by anti-tank mines.
As the glider crashed through the traps, he fully expected to be blown to bits. Nothing happened.
Curious, Bill examined the mines, and noted that the safety pins had been left in every single one of them. He next saw action in the Market Garden operation at Arnhem – his job was to guard the Neimegen Bridge, and again he flew in an anti-tank crew.


Eventually taken prisoner, he was surprised to see blood dripping from his fingers – unaware of it, he had been shot through the shoulder.
He was held at Stalag Luft 7 in Poland near Bankau, and in winter the prisoners were marched to Germany. The conditions killed all but 24, who now found themselves in Buchenwald concentration camp, where he stayed until the Russians “liberated” it, and took him prisoner. He escaped but was recaptured. Suspected of being a German spy, he was interrogated by a Cambridge-educated officer who let him go. Back in England, Bill started training for the invasion of Japan, which he was certain would have killed him had it happened.

When it was called off, he-joined the Royal Engineers as a sapper, and was stationed in Germany, meeting Kath (Kate) Neitz, a German brought up in Poland.
They married in 1955, their only child Patrick being born on the Dutch-German border in Hostert.
Still with the Royal Engineers, he was posted to Belfast, his job to crater the border roads with high explosives, and he was responsible for defusing letter bombs delivered to the barracks.
His next posting was to Chatham, in Kent, and in Dover he was made Regimental Sergeant Major.
In 1966 he was commissioned to Lieutenant, posted to Malaya, and spent six months building bridges in Thailand.
He was made up to Captain and posted to Ripon where he was promoted to Major. He designed and built the Bailey Bridge at Leeming, and constructed Harrier jet landing pads worldwide.
After looking after the Royal Engineer stores at Warwick, he returned to Ripon where he retired in 1973, after 30 years in the military. He worked for Henry Boot before finally retiring altogether. They had a cottage in Grewelthorpe near the school. And Kath was school caretaker for a while. He and Kath loved their garden and their dogs. With enough encouragement, he would reminisce about his army experiences, his toughness, and wry, sometimes black humour, showing through his stories.